Update on March 15, 2016: Obama Chooses Merrick Garland for Supreme Court.  In choosing Judge Garland, a former prosecutor who has served on the Court of Appeals for the District of Columbia Circuit since 1997 and as its chief judge since 2013, Mr. Obama opted to select a jurist better known for his meticulous work ethic and adherence to legal principles than for an ideological bent.

So what can you do? There’s only one response – the same response you made when Republicans shut down the government because they didn’t get their way over the debt ceiling: You let them know they’ll be held accountable. Public pressure is the only way to get GOP senators to release their choke hold on the Supreme Court. Public pressure is up to you. Call your senators now, and tell them you want them to do their job. – Robert Reich (2016)

A President also might take into account whether the existing “balance” among the Court’s members (in a political party, ideological, demographic, or other sense) should be altered. 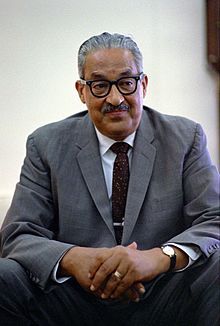 Virtually every President is presumed to take into account a wide range of political considerations when faced with the responsibility of filling a Supreme Court vacancy. For instance, most Presidents, it is assumed, will be inclined to select a nominee whose political or ideological views appear compatible with their own. “Presidents are, for the most part, results-oriented. This means that they want Justices on the Court who will vote to decide cases consistent with the president’s policy preferences.” The President also may consider whether a prospective nomination will be pleasing to the constituencies upon whom he especially relies for political support or whose support he would like to attract. For political or other reasons, such nominee attributes as party affiliation, geographic origin, ethnicity, religion, and gender may also be of particular importance to the President. A President also might take into account whether the existing “balance” among the Court’s members (in a political party, ideological, demographic, or other sense) should be altered. The prospects for a potential nominee receiving Senate confirmation are another consideration. Even if a controversial nominee is believed to be confirmable, an assessment must be made as to whether the benefits of confirmation will be worth the costs of the political battle to be waged. – Palmer, Betsy. Supreme Court Nominations (Updated). New York, NY, USA: Nova, 2009. ProQuest ebrary. Copyright © 2009. Nova.

My condolences to Justice Scalia’s family and friends on his passing.