#NOAMCHOMSKY: Well, before answering that, let me just make one comment on elections: They’re important. It does matter who sits in the White House, who’s—who appoints Supreme Court justices, who makes decisions about war and peace, about environment and so on. Matters who’s in Congress, matters who’s in the state legislatures and so on. It matters. But it’s not the main issue. We are kind of indoctrinated here into focusing all of our attention and energy on what button we push in November every couple of years, which is not insignificant, but not the main issue.

The main issue, what is—what are the forces, domestic forces, that are pressuring, acting, to determine the kind of choices that will be made, legislation that will be passed and so on? Now, of course, there’s one force that’s always going to be there: private concentrated capital, corporate power. Lobbyists, corporate lawyers and so on, writing the legislation, certainly, they’re always—funding the elections, they’ll always be there. The question is: Is there going to be a countervailing force? Is there going to be a force representing popular interests, needs and concerns, defending themselves against what in fact is a standard class-based assault against them? And now, elections can be used as a way of galvanizing and mobilizing the kinds of groups which will—could become persistent, dedicated, growing, constant forces that influence significantly what’s done in the White House and Congress. The New Deal legislation of Roosevelt, for example, wouldn’t have been passed—it wouldn’t have even been initiated—without militant labor action and other political action. And those are lessons to remember.

Voting Law Extended: Under the 1970 law, the preclearance requirement applied to those areas affected by the 1965 law and ten more: three Alaska districts; Apache County, Arizona; Imperial County, California; Elmore County, Idaho; the Bronx, Kings (Brooklyn), and New York (Manhattan) counties, New York; and Wheeler County, Oregon.  By the time the act was due for its second extension in 1975, an estimated 2 million black people had been added to the voting rolls in the South, more than doubling the previous total. The number of blacks holding elective office also increased. The Joint Center for Political Studies reported that the number of black elected officials in the seven southern states covered by the Voting Rights Act had gone up from fewer than one hundred in 1964 to 963 in just ten years. The total included one member of the House of Representatives, thirty-six state legislators, and 927 county and municipal officials.

“The power of voting is real and lasting” and they need to cast ballots to protect civil-rights advances made by previous generations.  She said many young African-Americans have disenfranchised themselves because only about 20 percent of them voted in the 2014 midterm elections.  You can hashtag all over Instagram and Twitter, but those social medial movements will disappear faster than a Snapchat if you’re not also registered to vote.  Congress will still be gridlocked. Statehouses will continue to roll back voting rights and write discrimination into the law,” Obama said.  We see it right here in Mississippi, just two weeks ago, how swiftly progress can hurdle backward, how easy it is to single out a small group and marginalize them because of who they are or who they love.  She said if people fail to exercise the fundamental right to vote, rights will be under threat. – Michelle Obama

As the Supreme Court once observed, “the true test of voting power is the ability to cast a tie-breaking or ‘critical’ vote.” The best way of increasing the likelihood that African-American voters will be instrumental in determining the outcome of the next election and of future elections is to politically mobilize in noncompetitive majority-minority districts in swing states, thereby forcing the next administration to take an interest in issues that affect this community. – Geneva Brown

Reading our history and knowing that Ida B. Wells. Sojourner Truth, Maria Stewart, Mary Church Terrell fought so hard for black women to get our votes has helped me understand how important I am.  Even though our black men received their right to vote 50 years before black women, this was and continues to be a privilege and right that we need to uphold…if only for them. Here is some good information about black votes, candidacy, and what we should do. – AcademicHustler1975 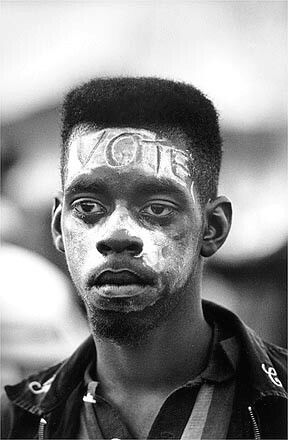 Ohio, Florida, Arkansas, and Virginia are states where an increase in the turnout of African American voters is likely to carry the most weight in garnering influence with lawmakers and other elected officials. Votes are political currency, and the future of minority political strength must come from building “wealth” the old fashioned way, through political activism.

African-Americans should not abdicate to the courts the sole responsibility of “interpreting” their voting patterns and using this as a proxy to determine their political interests as a group. Instead, they should politically mobilize in order to define their own agenda, even in districts that are considered “safe” minority districts because any increase in voter turnout in these districts can be crucial if they are located in swing states.

African-Americans must rely on the old-fashioned methods of voter registration, coalition building and grassroots movements to increase their electoral influence in national elections. They must stop relying on the judicial system, which has become an obstacle instead of an asset because of the courts’ inability to secure substantive representation for African-Americans through its doctrine.

Why do African American candidates, many with impressive resumes of political experience, come up short in statewide elections? The answer may come from the first African American to be elected governor since the Reconstruction Era. When L. Douglas Wilder, then a legislator, ran for Lt. Governor before his historic victory in 1989, his opponent derided him as a liberal. “This prompted Wilder to argue that the word liberal was being used as a code word for Black. – J. L. Jeffries

Black electoral success theory defines descriptively black representation as a meaningful empowerment goal of structural reform legislation and litigation. … [but the] model fails to provide a realistic enforcement mechanism for establishing either leadership accountability within the black community or representational effectiveness within the legislative deliberation and coalition-building process. The theory marginalizes black leadership and leads to token representation. – Professor Lana Guinier

Congressman Cleo Fields attacked Murphy J. Foster for failing to disavow the endorsement of former Ku Klux Klan leader David Duke, and for calling New Orleans “a jungle.” But Foster responded by turning the issue from race to an ideological voting record. “Why get mad at a guy who says you’re the true conservative in the race?” said Foster, who had switched parties a month before the primary – John A. Tures

This does not mean that race is absent from attacks on African-Americans for being liberal. It means linking support for tax-and-spend policies to “redistribution” of resources from whites to blacks in the form of welfare. “Too liberal” on crime may reflect naïveté on the part of a white candidate, but for a black candidate, it means a deliberate policy of letting African American criminals go. Liberalism means tying an opponent to support for Affirmative Action, even if the candidate does not support such a policy. For African American candidates, “liberal” does not mean being an myopic “do-gooder” as it might be used for a white candidate. It means an African American is using congressional votes to look out only for his or her race. – John A. Tures 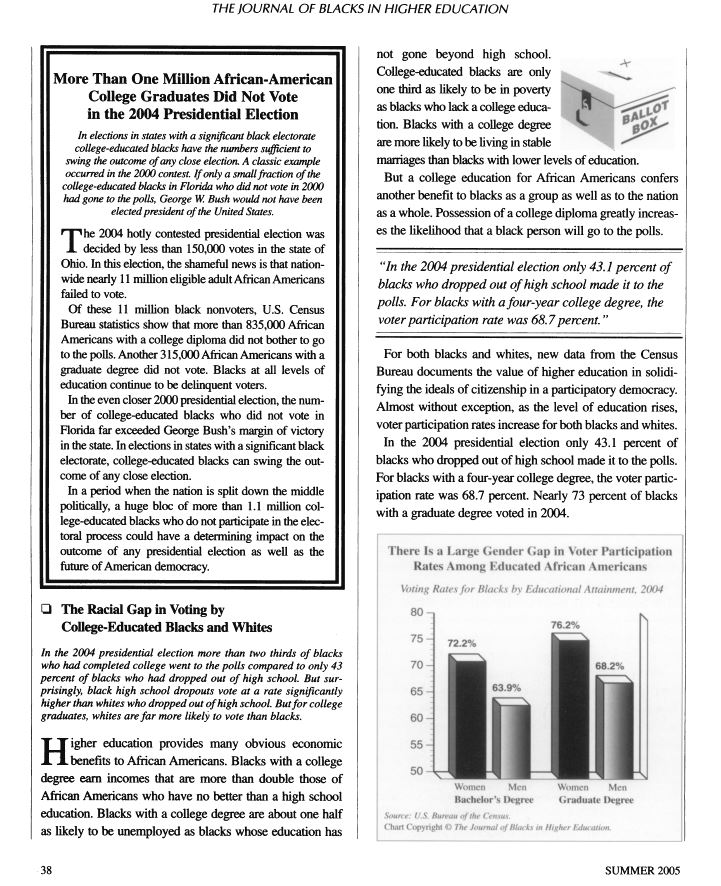